Postal Workers Rally in Bloomington and Across the Nation (Pictures/Video)

Over 70 postal workers and their community allies rallied in Bloomington on Tuesday, pushing for the continuation of six-day mail service and legislative action to fix the financial condition of the U.S. Postal Service.

Organized by the National Association of Letter Carriers, Local 522 and the American Postal Workers, Local 228, the rally coincided with similar rallies held in congressional districts throughout the United States. In Bloomington, the rally was held at 202 N. Prospect, directly across the street from the office of U.S. Rep. Tim Johnson.

Postal workers are fighting an attack against the U.S. Postal service on a number of fronts.

On Tuesday, the rally focused on the passage of House Resolution 1351, which Rep. Tim Johnson recently signed on as a co-sponsor. H.R. 1351 would terminate a 2006 mandate that requires the post office to fund the health benefits of employees 75 years into the future. The bill would also pay back the U.S. Postal Service for the amount that it has overpaid into its pension system. The unions are fighting for H.R. 1351 as a means to save billions of dollars and avoid drastic cuts to the service, including unnecessary closure of facilities and the elimination of Saturday mail delivery.

Many post office workers at the rally spoke of the importance of saving Saturday mail delivery. Workers believe that 5-day delivery would take away the postal service’s key advantage over private carriers. The Letter Carriers Union argues that the elimination of Saturday delivery would drive away customers, slow down mail delivery overall, undercut the last-mile delivery the postal service provides to private carriers, prompt the emergence of new competitors, and is ultimately unnecessary with appropriate fixes.

Post office workers at the rally welcomed community support and saw the attacks against the U.S. Postal Service as similar to recent attacks against other public sector workers. 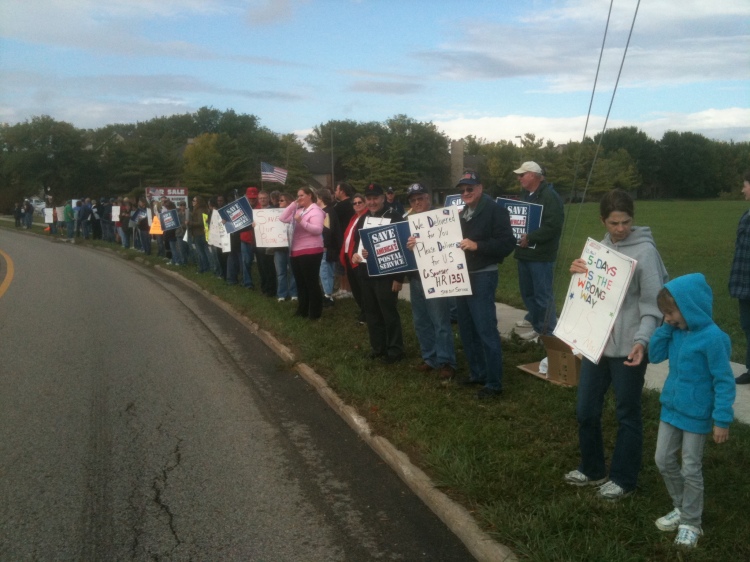 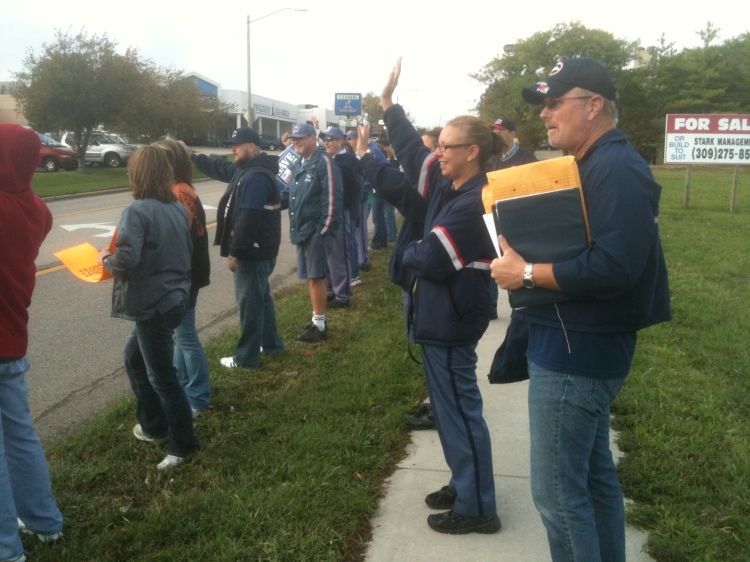 « The People Vs. the Loan Sharks in Bloomington (Pictures)
BloNo Move-On: Jobs NOT Cuts Rally »