Occupy BloNo demonstrated Saturday afternoon during the Illinois Wesleyan homecoming football game, spreading the word about the movement and its message of resistance against the power of the wealthy, banks and corporations.

About 20 people displayed signs outside the stadium. After about 45 minutes, a Wesleyan security guard told the group that the university was private property and that the demonstration would have to move if people continued to hold signs.

The participants in the rally held a short meeting and decided to hold the rally on Emerson, near the rally and visible to car traffic. The pictures below are of the street rally. 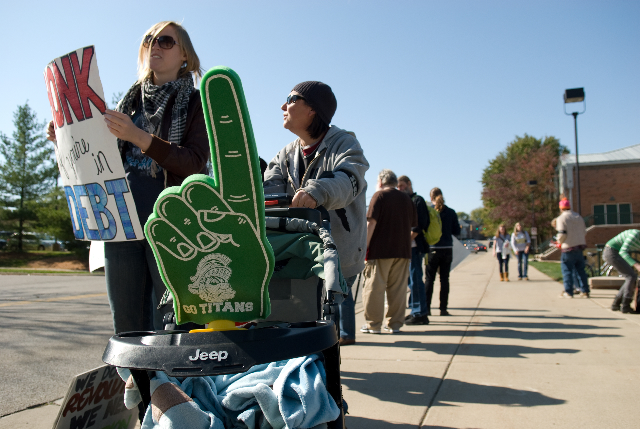