Solidarity with Scott Olsen and the Occupy Oakland General Strike

Occupy BloNo is holding today a solidarity event with the general strike called by Occupy Oakland, in protest of the police brutality there, where war veteran Scott Olsen was shot by Oakland police with a teargas canister and severely wounded.

Numerous unions in Oakland have endorsed the one-day strike and some, like the Oakland Education Association, have called for their members to take off work through personal days and sick days.

The action begins at 7 pm, Wednesday evening (Nov. 2), at the corner of College and Mulberry Streets in Normal.

Occupy BloNo declared, “We stand in solidarity with Scott Olsen, our fellow occupiers and peaceful protesters around the world who have been repeatedly met with police harassment and brutality for exercising their human right to have a voice in the political process.”

Also taking place on campus, hosted by Common Action Free School, is a talk on the Palestinian struggle for statehood, starting at 7 pm at Schroeder Hall, Room 238, on the ISU campus. 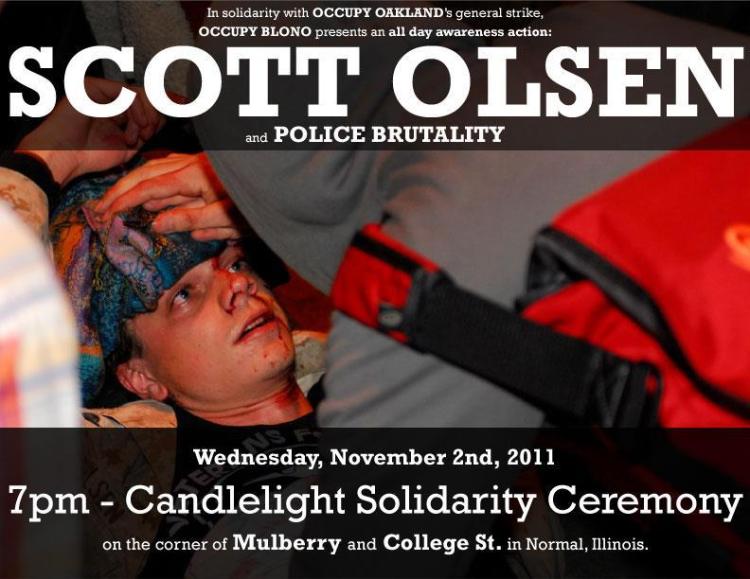