Occupy BloNo organized the protest to call attention to the role money plays in politics, and also criticized the honoring of Condoleezza Rice. Occupy participants protested Rice’s involvement in the illegal and unconstitutional wars in Afghanistan and Iraq.

The protest was first held in front of the residence of State Farm vice-president Mary Crego on Longwood Street, on Bloomington’s Eastside, where the fundraiser was scheduled to take place. Local press was present and interviewed protesters, but it was soon evident that due to the protest the event was moved in secret to a different location.

Occupy BloNo discovered by following a late invited guest that the event was moved to Lancaster’s Restaurant in downtown Bloomington. About 40 people assembled in front of the restaurant, entered the lobby, and read using the people’s mic the Declaration of the New York City Occupation. Police arrived after a few minutes, and protesters continued the reading of the declaration outside the restaurant.

As fundraiser attendees left the restaurant, many with signed copies of Condoleezza Rice’s book, the spirited protest lasted for about an hour. 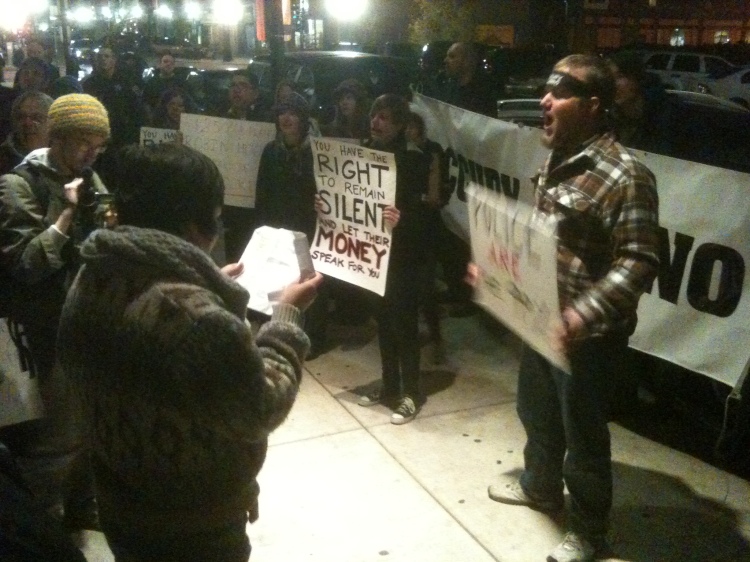 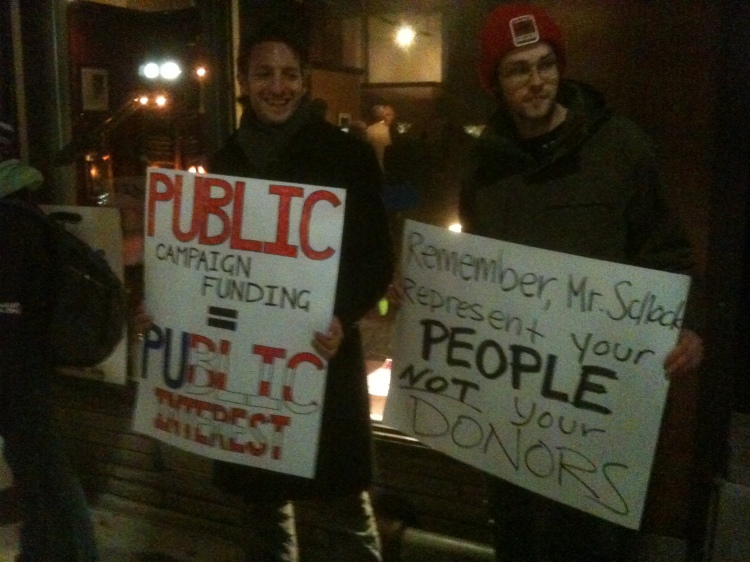 It should be mentioned that reports in the press did not cover the subsequent Occupy BloNo rally at Lancaster’s. For a detailed account of what transpired, visit Digital Occupation.
Occupy Members Protest Campaign Fundraiser – WEEK/WHOI
Occupy BloNo Protests Outside Shock Fundraiser – WGLT