“Big Banks got bailed out, we got sold out!” was one of the many spirited chants inside the lobby of Chase Bank on Oakland Avenue Saturday afternoon, as over 50 Bloomington-Normal demonstrators entered the bank and delivered a message for Chase Midwest Chairman, Glenn Tilton.

Identifying as the 99%, the activists spoke with the bank manager and gave her a list of movement demands for Mr. Tilton. The demands included that Chase offer lower interest rates for working people, rewrite underwater loans at current market prices, stop supporting loan sharking, and pay their fair share to society in paying back bailout money.

Upon receiving the demands, the bank manager promised to deliver the message.

Prior to the action on Chase, community activists had assembled Saturday in an all-day ‘99% Spring’ workshop to learn about the tactic of nonviolent direct action. The workshop was organized by numerous progressive organizations, including Illinois People’s Action, Latinos United for Change, and BloNo MoveOn. Attendees planned the protest at Chase in the final hour of the assembly, charging it as being a destructive member of the 1% in our community.

Below are resources of previous Chase action in the past year, organized by Illinois People’s Action, as well as video and pictures of the action. 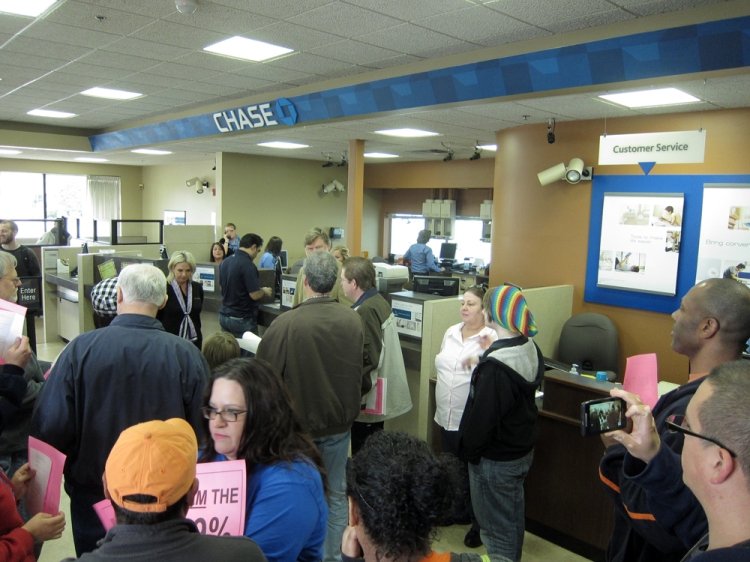 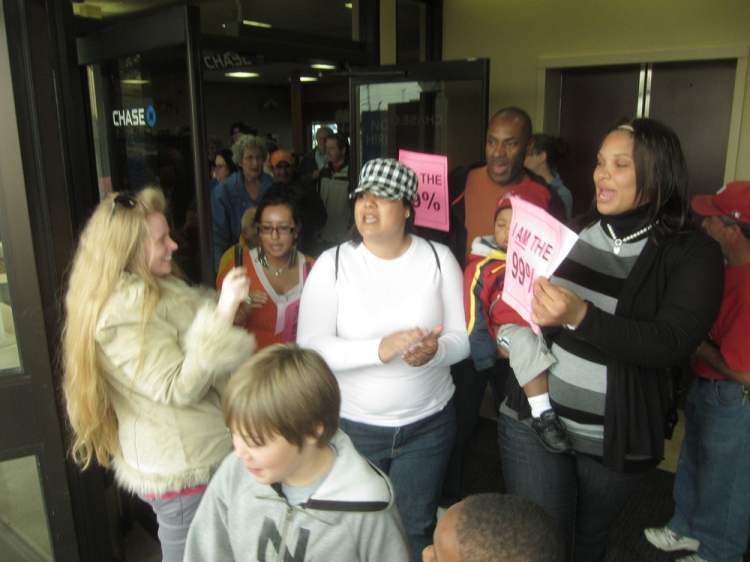