Over 50 people protested the austerity budget proposed by Wisconsin Representative Paul Ryan, who appeared Friday afternoon at a fundraiser for Mitt Romney at the Marriott Conference Center in Normal.

Some of the groups present included the Alliance for Retired Americans, Illinois People’s Action, MoveOn, and Occupy Peoria.

Lieutenant Governor Sheila Simon spoke against some of the austerity measures of the Ryan budget at the beginning of the protest, criticizing its slashing of Pell grants for students and the harm it would impose upon retirees, while she now presides over austerity measures in Illinois.

Currently, as covered in Just BloNo, Lt. Gov. Simon serves with Governor Quinn, who has attempted recently with state legislators to erode pension benefits of teachers in Illinois with the possibility of raising their effective retirement age to 67. In May, Illinois state employees had their premium-free health care taken away, and the Illinois Medicaid program – which serves 2.7 million residents – was cut by $1.6 billion.

Later over loud speaker, Mary Bechtel of Illinois People’s Action led a “mic check,” detailing how the Ryan Budget takes away important services from people who most need them (Listen to the WGLT audio). Occupy Peoria closed the lively rally with street theater that showed the people stopping the marriage of bankster power and Lady Liberty. 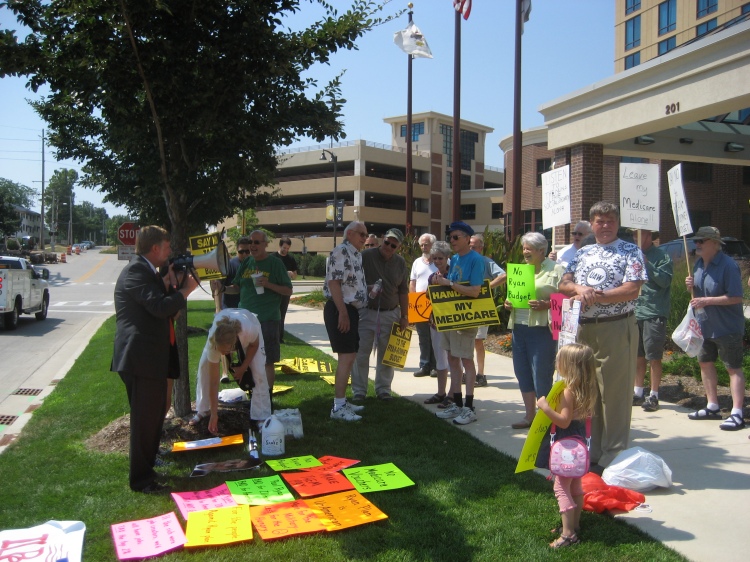 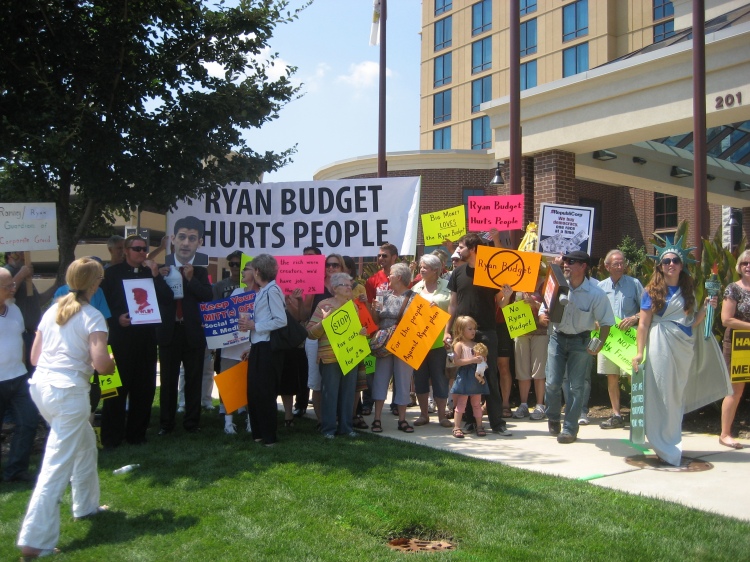