Approximately 60 community members attended the proceedings of last Thursday’s McLean County Land Use Committee to demonstrate their opposition to fracking.

In the last few months, representatives of Illinois People’s Action were alarmed by what they heard coming from the McLean County Land Use committee. Committee member George Wendt favors making it easier for oil and gas companies to set up shop in McLean County, which according to Wendt’s own admission could result in local use of the environmentally damaging fracking process.

Under the current special use permit rules, the oil and gas companies must go through what is a very reasonable process, demonstrating to the county that their operations would not be injurious to adjacent landowners and the public. That process includes a public hearing, where the community can provide input and the county can determine if the operation meets the community standard.

Illinois People’s Action led the mobilization, and Mary Bechtel spoke to those gathered on the dangers of fracking and what would be covered during the meeting’s agenda.

In the following video, approximately 8 minutes long, Phil Dick explains the current special use permit process and how it differs from a change to permitted use rules promoted by Wendt. Mr. Dick says a permitted use process would be streamlined and property owners adjacent to the proposed drilling operation and the public would not have the opportunity of a public hearing to voice their concerns.

In the past, the oil and gas industry cited the open public hearing as its problem. Last year, Production Energy LLC approached Phil Dick of the committee, asking for a change of rules to avoid an open public hearing. Although Production Energy cited a concern with “tipping off the competition,” the real reason is that a public hearing would give adjacent property owners and the public at large the opportunity to present their case and educate the community on the myriad problems with fracking.

Also in his comments during the meeting, George Wendt claimed that fracking is a safe process and that problems were isolated events. These comments are not supported by the evidence. Fracking has an extremely tarnished history, as its recent rapid extension has ruined communities and poisoned water across the country.

E.P.A. internal documents, obtained by the New York Times, show that hydrofracking is very dangerous to the environment and health. For a summary of the report, see the New York Times article “Natural Gas (Fracking)“. The problems with fracking have shown to be numerous: contaminated drinking water from sites in many states, toxic waste water stored in open pits, the evaporation of waste water causing acid rain, water shortages exacerbated by the millions of gallons used, leaking abandoned wells, methane leaking from gas storage units, and numerous documented health problems.

George Wendt also argued that fracking has been used in Illinois for years without problems.

This, too, is a falsehood propagated by the oil and gas industry. Southern Illinoisans Against Fracturing Our Environment (SAFE) provides a comprehensive study that indicates fracking to be a source of deadly contamination in southeastern Illinois for decades.

In a letter written to Governor Quinn, SAFE wrote “We are currently being told by industry representatives that they have been fracking in Illinois for 60 years without problems. This is a false statement that benefits only the industry. In Illinois, from the very beginning of oil and gas drilling, there have been complaints from landowners about soil and water pollution and the destruction of vegetation due to waste water from drilling operations.”

Wendt’s comments also ignore the fact that fracking is largely unregulated by the government. Although fracking pumps toxins and carcinogens into the ground, the Halliburton Loophole of 2005 exempts it from any regulation under the Clean Water Act of 1974.

Early in the discussion, Paul Segobiano expressed support for the special use permit rules for gas and oil companies, siding with the opponents of fracking. Mr. Segobiano relayed to the audience the complexity of county government processes and rules, and said that community members must be extremely vigilant at all times on issues that matter to them.

“You must stay in contact with your county board members,” said Mr. Segobiano. “You need to understand what is going on and how the vote is going to go. It only takes a motion on the floor of the board to change hours and hours of testimony in hearing.”

In the following video, Paul Segobiano sides with the fracking opponents and tells how community members must be vigilant in defense of their democratic rights.

During the meeting George Gordon spoke a number of times to clarify issues. At one point Mr. Gordon said that neither the Land Use Committee nor the McLean County Board would act as long as Senate Bill 3280 is in the process of passage in Illinois. SB 3280, yet to be passed in the House, would impose some measure of regulation, including drilling specifications and the requirement that companies divulge what chemicals are used in fracking process.

Many environmentalists, including activists with the organization Vision 2020, support state laws that would regulate fracking and force corporations to disclose to the public the hundreds of poisons pumped into the ground. However, community activists feel fracking is too unsafe and should be stopped.

Of particular concern with SB 3280, it includes provisions that would allow companies to declare certain chemicals as trade secrets and not disclose them to the public. While the state would have a process to look at the trade secret chemicals, the public at large may be denied the right to learn what is being pumped into the ground beneath their feet.

Mr. Gordon said that SB 3280′ passage is unlikely during the fall session. This gives the community some time to continue organizing and educating on fracking.

What You Can Do

If you wish to get involved in the campaign against fracking, contact Dawn Dannenbring-Carlson at dawn@ciop.org.

Stay tuned at JustBloNo.org for more information and check the BloNo calendar, linked on the website for upcoming events. If you wish a digest version of upcoming BloNo events for the week, subscribe to the BloNo calendar by writing to theblonocalendar@gmail.com.

Lastly, there will be a movie showing of Split Estate and discussion on fracking at the Unitarian-Universalist Church (1613 E. Emerson, Bloomington, IL) on Tuesday, October 9th, 7 pm. 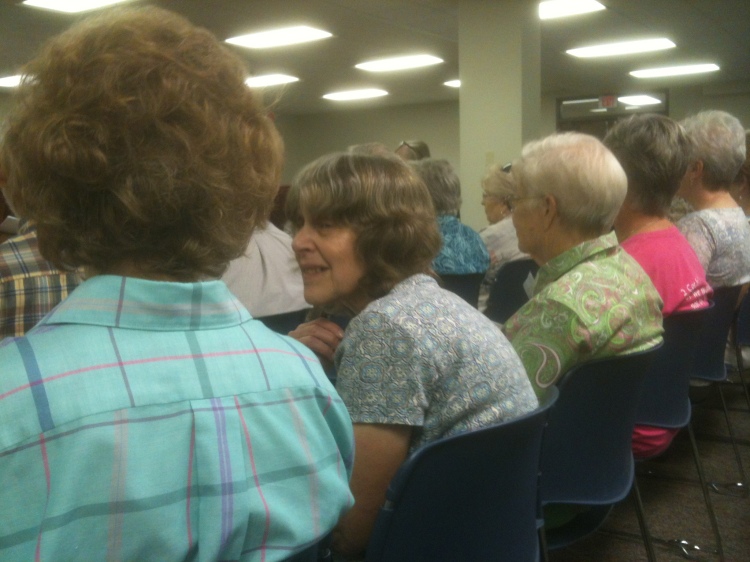