Art Exhibit Reflects on the Realities of War (Photos)

IWU Amnesty International, the IWU International Studies Team, and the Bloomington-Normal Coalition for Peace and Justice (BNCPJ) have collaborated in bringing an anti-war art exhibit, Windows and Mirrors, to the Illinois Wesleyan campus.

Over 40 people attended an opening reception for the exhibit on November 27th, which also featured a multimedia presentation and an Afghan poetry reading. The art exhibit is open to the public all day Tuesday through Friday (November 27 – 30) on the second floor balcony of the Hansen Student Center (300 E. Beecher Street, Bloomington).

Following the information on the exhibit, provided by the American Friends Service Committee, is a series of pictures taken during the opening reception.

From the Windows and Mirrors Website:
Windows and Mirrors: Reflections on the War in Afghanistan is a traveling mural exhibit that makes a powerful statement on a nearly invisible reality. For over ten years, the U.S. has been at war in Afghanistan and the human cost continues to mount. This exhibit, which was organized by American Friends Service Committee, consists of more than 25 large scale paintings by artists from all over the U.S. that memorialize Afghan civilian casualties. The exhibit also includes images collected from Afghan high school students by Dr. Zahir Wahab, a professor at Lewis and Clark College, who asked young Afghans to draw images from their daily reality.

Pictures of the Windows and Mirrors Opening Reception, taken by Rachel Shively 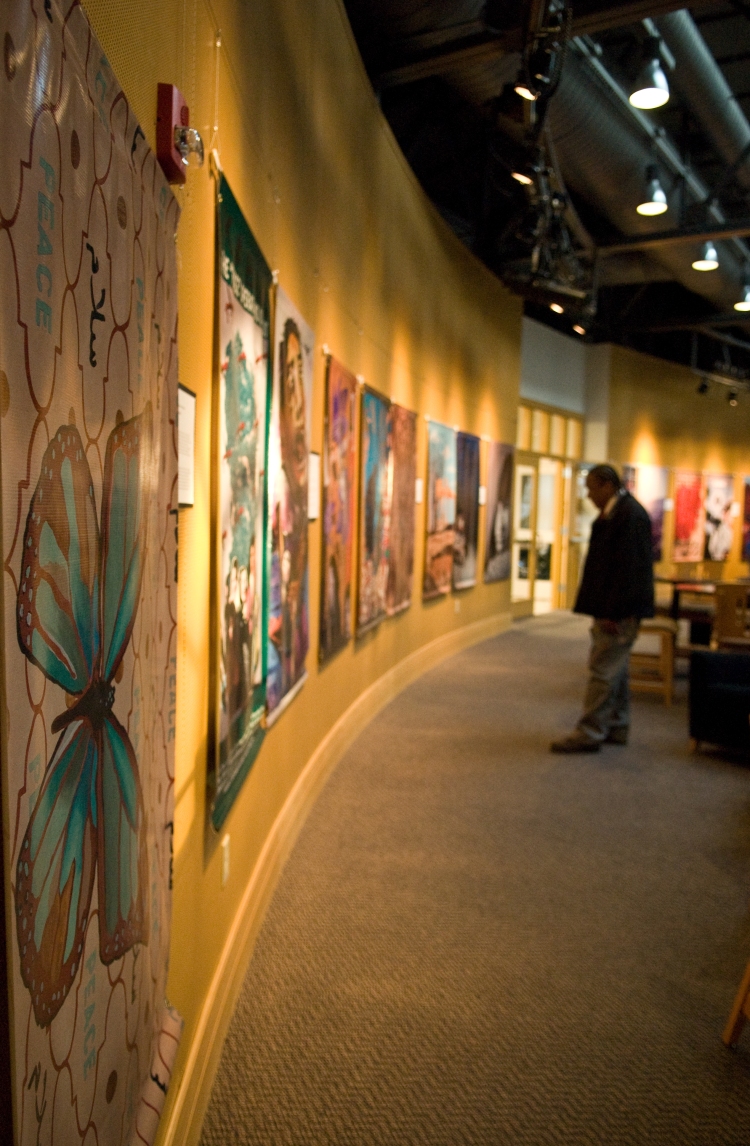 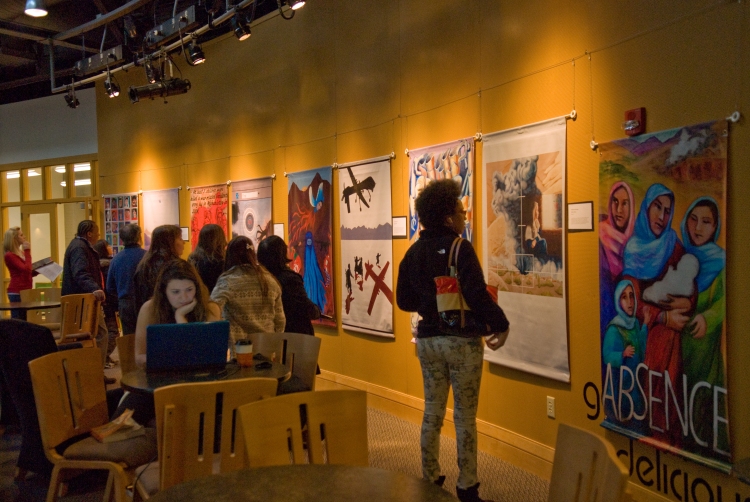 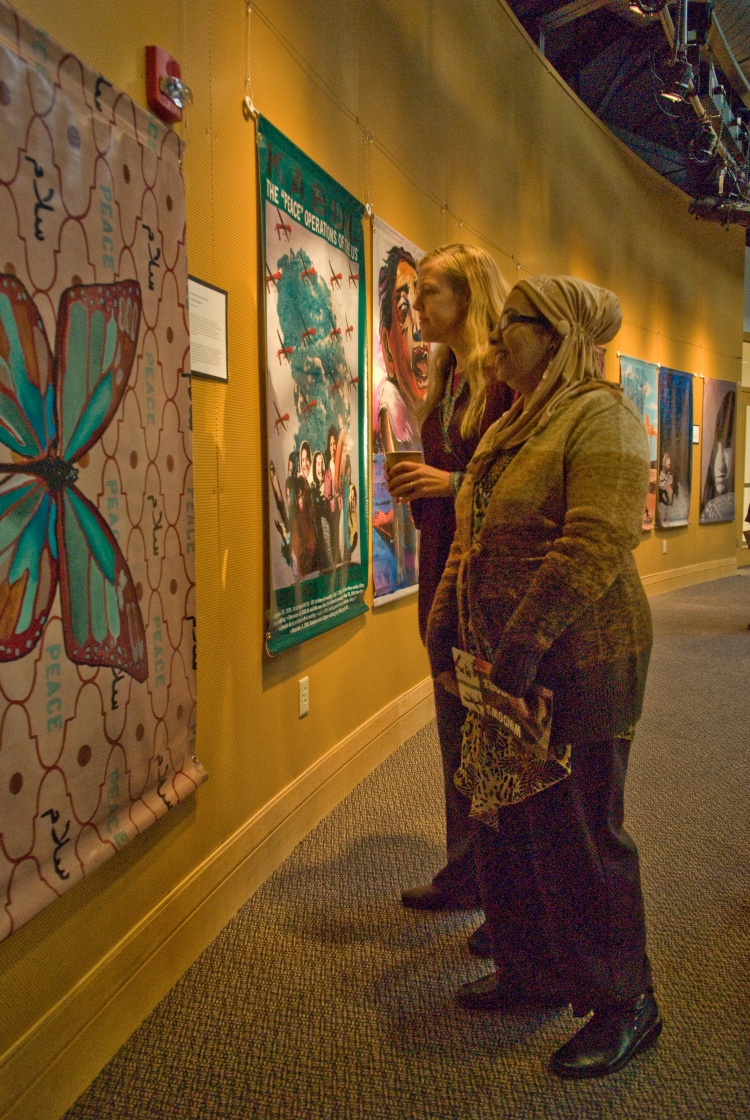 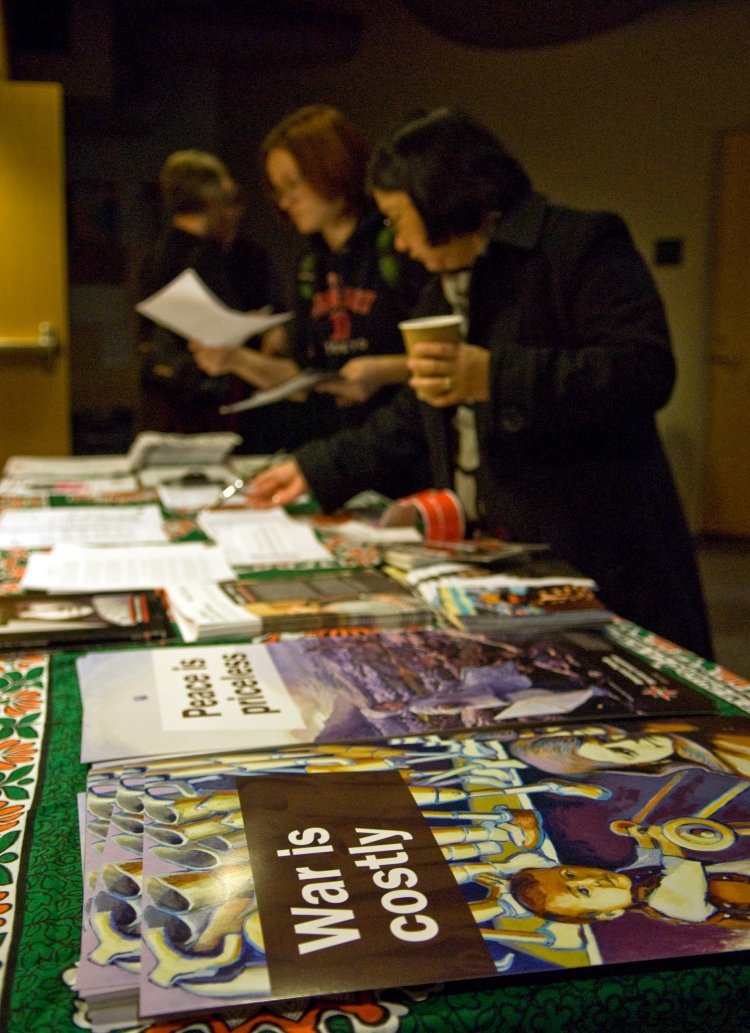