Peace activists traveled Saturday to Chicago to protest drone warfare in a rally and march, part of a national wave of actions to stop the terror and indiscriminate killing inflicted by U.S. drone strikes in the Middle East.

The action, organized by the Chicago Anti-War Committee, specifically targeted Boeing Corporation for their continued production of drones, which are used by the CIA in secretive, illegal assassinations overseas. Boeing also has plans to secure even more taxpayer dollars with its production of their new drone, the Phantom Ray.

Participants in the rally against drones display their signs for the press. Photo by Stefen Robinson.

Kathy Kelly addresses the No Drones Protest, held in Chicago on April 6, 2013.

Nahla Yafai, a Yemeni student activist, speaks of the terror drones have unleashed in her country.

Money for Schools, Not War. 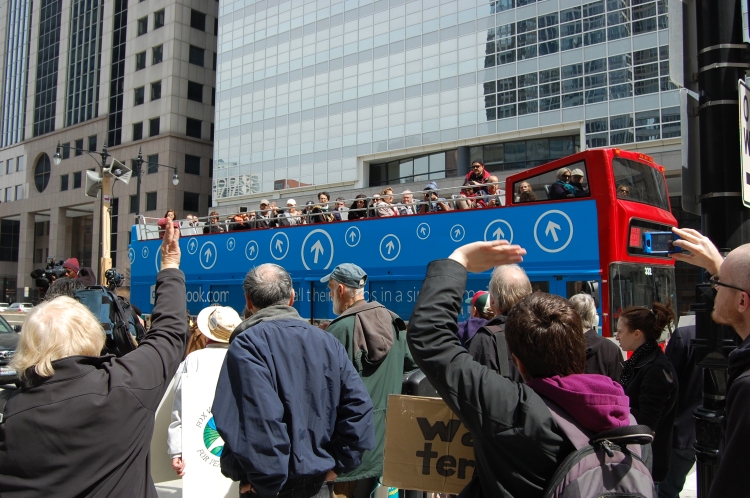 The Chicago rally against drone warfare waves to tourists visiting the windy city.

Debby Pope speaks on what binds us and our movements together- the fight for basic human needs.

« Floating to Consciousness
Sowing Struggle: From Below and to the Left »