SPRINGFIELD – About 100 people gathered Saturday afternoon in front of the Illinois state capitol building to protest Monsanto. Protesters call for legislation, such as Illinois SB 1666, that would require labeling of genetically engineered food (GE food) and give people the right to know what food on supermarket shelves is GE, which Monsanto opposes.

The Saturday Springfield action against Monsanto was a part of worldwide demonstrations, estimated to have involved over 2 million participants. Monsanto was the target of protesters’ ire for many reasons. The company has built a monopolistic top-down control of agricultural seed, mostly GE/GMO, exercising market control over farmers worldwide and threatening crop biodiversity. Recently, Monsanto scored victories in Washington with a bill dubbed the Monsanto Protection Act, which includes provisions that insure court action cannot delay the introduction of new GE/GMO products.

For an in-depth analysis of Monsanto and its opposition to GMO labeling, watch video coverage from The Real News.

A series of hearings on SB 1666 will commence in Illinois this summer, beginning in Normal, Illinois at the Bone Student Auditorium on the Illinois State campus. 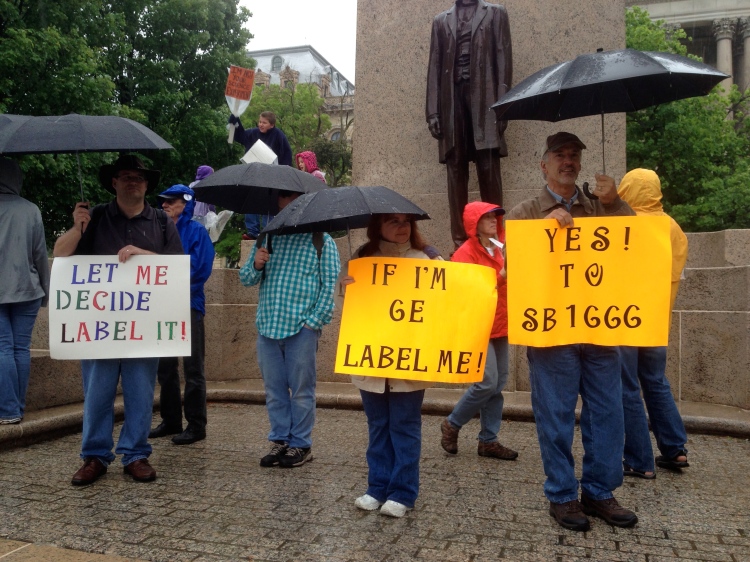 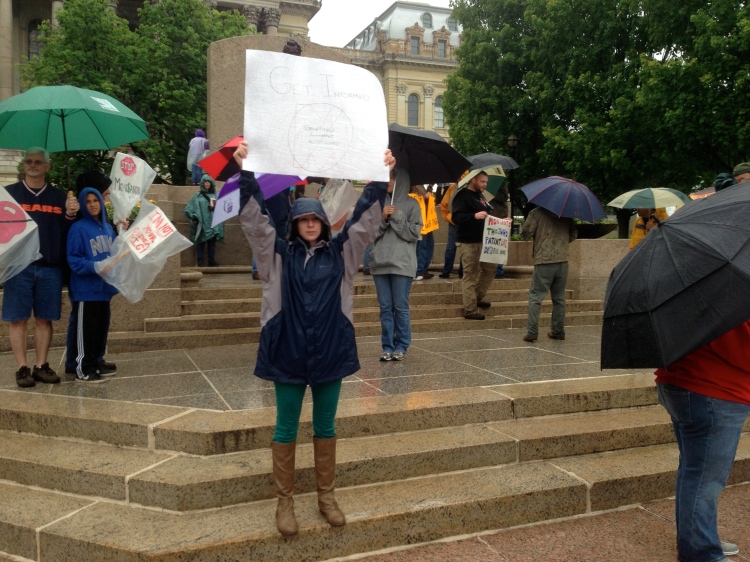